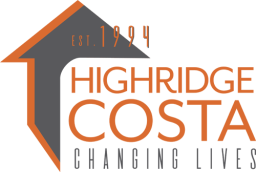 As it celebrates 25 years of success, Highridge Costas continues to find the most effective ways to deliver safe, secure and affordable housing to underserved populations across the nation.

The firm, based in Gardena, California, has developed more than 28,000 units of affordable, workforce, mixed-income and market-rate housing across hundreds of communities. It has become well known throughout the industry for its strong working relationships with nonprofit organizations, state and local governments and general contractors that deliver affordable housing solutions with genuinely life-changing opportunities to residents.

Notwithstanding the scope of their work or their reputation for partnership, the organization has literally created strategy and niche after niche within the industry that they’ve grown alongside in this, their Silver Jubilee.

“Twenty-five years is a pretty big milestone, especially since we are in an industry that is very young,” says Michael Costa, President and CEO of Highridge Costa. “Affordable housing has not had a focus that long, where you had people who were specifically focused on one product. That makes it somewhat unique.”

With a portfolio as broad and as impactful as theirs, one might be forgiven for thinking that Costa’s thoughts are turning to slowing down. Quite the reverse.

In south Los Angeles, RISE Apartments will provide housing and services to formerly homeless military veterans and others in need of permanent supportive housing. Costa states unequivocally that the development is without doubt the best feel-good project he has worked on during his career. In many ways it typifies the Highridge Costa’s approach to their mission.

Costa’s service on the board of RISE Financial Pathways, a local Community Development Financial Institution (CDFI) was the impetus for the firm’s involvement on RISE Apartments. The nonprofit focuses on investing capital into areas of Los Angeles that need it most.

During the Great Recession, RISE encountered financial difficulties and could no longer meet the debt service required to maintain its ownership of its office building, located on a conveniently located stretch of Figueroa Street near the University of Southern California and Los Angeles Coliseum. Costa, was Chairman of RISE’s board at the time, offered a creative solution.

“I proposed that we look at trying to convert the building, through some programs for affordable housing, into a mixed-use development that would have affordable housing over office and retail space,” Costa says.

“We had never developed a homeless community in the history of my whole real estate background, nor in this company’s history,” Costa says. “That meant we had a lot to learn.” The five-story building will feature extensive spaces for service providers to connect with residents and community members. These groups will offer the resources needed to facilitate a long-term transition away from homelessness.

Highridge Costa is working with SRO Housing Corporation, an organization serving residents of the infamous Skid Row in Los Angeles, to develop RISE Apartments. Skid Row is known for its large population of homeless individuals. With RISE Apartments, Highridge Costa aims to achieve net-zero energy use. The property will use equivalent to or less than the amount of energy it generates.

Local leaders and the community at large are welcoming the development of RISE Apartments, hailing it as a landmark achievement in the city’s fight against homelessness. In 2018, Los Angeles had an estimated homeless population of more than 55,000 people. “We are now looking at 67 sites right now to choose and duplicate this [development] around the Los Angeles area,” Costa says.

At the far end of the firm’s reach, in the Honolulu County town of Kapolei, Highridge Costa is working on Kulana Hale. It marks one of the largest and most high-profile housing communities the firm has ever developed, according to Costa. The $130 million development takes up an entire city block. It will deliver 297 units of affordable senior and multifamily housing, along with 32,000 square feet of retail space.

The property’s location, in the heart of Kapolei, is also significant.

“It’s where the city is running out to the west side of Honolulu. It’s a brand-new area,” Costa says. “It is one of those opportunities that, for us, comes along once in a lifetime.”

A retail and parking podium dominate the block. Two, 13-story residential towers rise out of the commercial space. One of the towers will be designated for seniors, while the other will be multifamily units. All apartments throughout the community will be affordable.

The development team is preparing to start work on Kulana Hale’s second phase, which comprises the multifamily tower. SVA Architects designed the property and Hawaiian Dredging Construction Company is serving as general contractor. Highridge Costa is building Kulana Hale to LEED® Platinum standards as part of its commitment to both affordability and sustainability.

The developer’s success at Kulana Hale is largely due to its extensive relationship with state agencies and nonprofit organizations in Hawaii. “It’s one of the largest funded projects by the Housing Trust of the State of Hawaii,” Costa says. “We are proud of that because [the trust] is not going to do that with just any developer. We’ve established an incredible relationship with the state of Hawaii. We are now being brought into three or four other opportunities, as well.”

A quarter-century of success

The affordable housing-oriented real estate investment firm continues to push the envelope of what affordable housing can be. It’s all part of firm’s “Blueprint for a Better Nation,” which outlines a series of principles that drive its work.

Over its 25 years of operation, Highridge Costa survived some challenging economic times, all while helping to forge industry standards for the affordable housing field. Most recently, the firm weathered the economic downturn and sluggish economy that followed.

“The company had gone through an era, just like probably most development companies between 2008 and 2011, where the downturn affected us in a big way,” Costa says. “We had to take a step back and basically recapitalize the whole company. That’s when I really stepped in to purchase it with another investment group. We needed put the company in a non-debt situation, and we accomplished that.”

The firm reinvented itself several times to adapt to changing market forces. Through the years, however, Highridge Costa stayed true to its mission of developing high-quality affordable housing.

The company’s careful maneuvering throughout the Great Recession allowed it to maximize the value of its existing assets. By the end of 2011, it possessed the balance sheet necessary to restart development activity in full force.

“It positioned us very well to just get back into the business that we had been doing previous to that period, and really get back into development,” Costa says.

Whether it be once-in-a-lifetime developments, finding solutions where none seemed available or bridging the soft financing conundrum we see in the market today, Highridge Costa has delivered at every turn. It turns out that its not just lives that they’ve changed…it is the affordable housing industry itself.